Gary Dakin, the head of the the plus-size division of Ford Models, recently gave a fascinating interview to The Times UK. Dakin represents some of the hottest plus-size models in the industry, including Crystal Renn (he even walked her down the aisle at her wedding), Ashley Graham and Tara Lynne. He was responsible for Renn’s Terry Richardson-shot spread in V Magazine’s recent Size issue and Lynn’s recent bare-all editorial in French Elle. 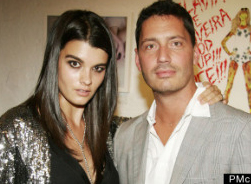 Dakin’s insight into and influence upon the modelling industry is indeed valuable. The Times UK writes, “Gary Dakin is the man behind this year’s biggest modelling story, capturing headlines at a time when what models do, or wear, or say, or look like, resonates beyond the catwalks to the front pages and from the front pages into national debate. He’s the reason why plus-size models have been spotted on catwalks, and influential style magazines have run shoots with women size 16 and over.”

“It’s been a struggle, for a long time,” he tells The Times UK. “Not so long ago people were dismissive. Nobody wanted to shoot the bigger girls. Nobody wanted to give it a go. This year has been the culmination of about ten years of not saying no.”

And, thanks to Dakin, plus-size models are busier and better paid than ever before. Says Dakin. “We used to be a $6-800,000 part of the business. Now we’re worth $5 million. Whatever we want, we get. Because we promote great girls, we promote health.”

Part of the change in designers’ and magazines’ attitudes toward curvier women is due to the recession, Dakin believes. The economic downturn “has forced fashion designers to wake up to the notion that the consumer buying power of women over size 14 far outweighs any other and that all sorts of women can make their clothes look good. …The industry traditionally thought that a woman who wants to lose 10lb is not going to invest in the right clothes,” he says. “That’s not true…Michelle Obama is not out looking to lose 10lb. She is a size 12/14. She still wants fashionable clothes.”