In an extraordinary career spanning over 60 years Horst P has captured images that have graced the pages of worldwide fashion bible Vogue that transcend fashion and time.

This autumn the V&A are celebrating his work by holding an exhibition entitled ‘Horst: Photographer of Style’.

Born in Germany, Horst became internationally recognised having worked predominantly in Paris and New York. Although he is most known for his fashion photography, he is also recognised for his images of interior architecture and he is especially noted for his photos of plants and environmental portraits.

The exhibition will include one of his most famous photographs.  ‘the Mainbocher Corset.’ This iconic photo has influenced the likes of fashion designer Donna Karan and pop star Madonna. If you look closely at the video for the hit song ‘Vogue’ in which Madonna pays homage to Hollywood actresses of the golden film era such as Rita Hayworth, Greta Garbo and Joan Crawford ( stars that Horst had famously photographed ) you will find Madonna dressed in a back-lacing corset which was directly influenced by the Horst image‘

Horst’s work frequently reflects his interests, especially with surrealism and his regard of the ancient Greek ideal of physical beauty.

The V&A are displaying a huge collection of prints, drawings, notebooks, scrapbooks and letters that Horst had carefully preserved throughout his life, alongside thousands of prints from the archives of Condé Nast.

Because the V&A has such a fine costume archive, there will also be haute couture frocks on display from leading couturiers whom Horst counted as his friends and collaborators. Designs from Coco Chanel and Elsa Schiaparelli will be featured in the exhibition.

The exhibition is running from 6th September 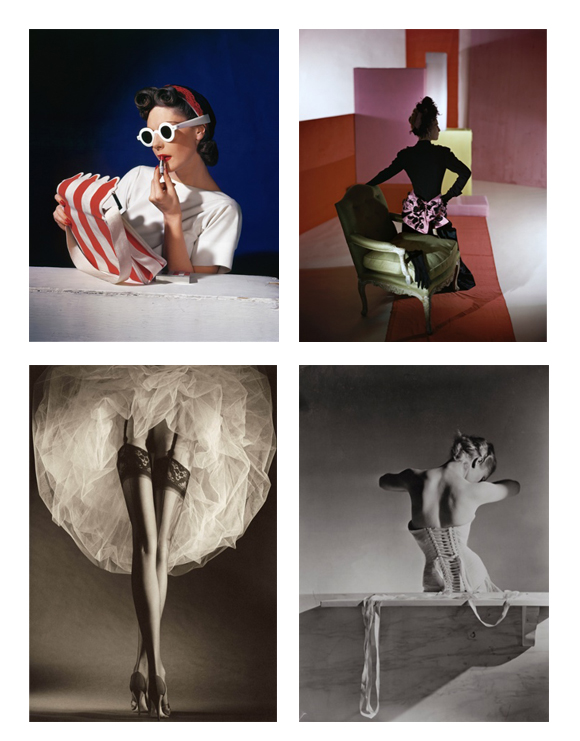